5 Reasons Why Wearing Mask is Popular in Japan | Motivist Japan

It was 5 years ago when I first stepped in Japan. It was almost Spring and the first thing I noticed even before going out of the airport are the number of people wearing face mask. The questions in my head started popping up? Are they sick? How come almost everyone is wearing one? Isn't it uncomfortable. Is it a protection for pollution which I don't think they have?

After settling for couple of days, I finally had the courage to ask this question that kept bugging me. I asked my relative who's been living in Japan for 10 years and she said “it's a protection from pollen allergy”. And I was like, all of them has pollen allergy? She just replied, “it's a long story about Cedar trees“.

So I did my research and I found out that in 1960`s, Japan used Cedar trees to fill Japan's naked forests which was the result of the World War II. With it's great characteristics, the wood from Cedar trees were used for housing construction too. However, slowly Japan started importing different type of wood from other countries thus resulted in over production of cedar trees. These trees produced massive amounts of pollen upon reaching their maturity. By year 2000, 60% of the trees are on their 30 years stage and because of that the pollen production has increased. They said at least 25 million people suffered from pollen allergy in Japan also known as “hay fever” or 花粉症 in Japanese.

To lessen the effect of the hay fever, different companies started creating masks, filters and eye glasses for prevention.

The hay fever season usually starts around February and peak will lasts until Spring season. The effect of the hay fever is somewhat similar to having colds. Uncontrollable sneezes, watery and itchy eyes.

MASK IS NOT ONLY FOR ALLERGIES 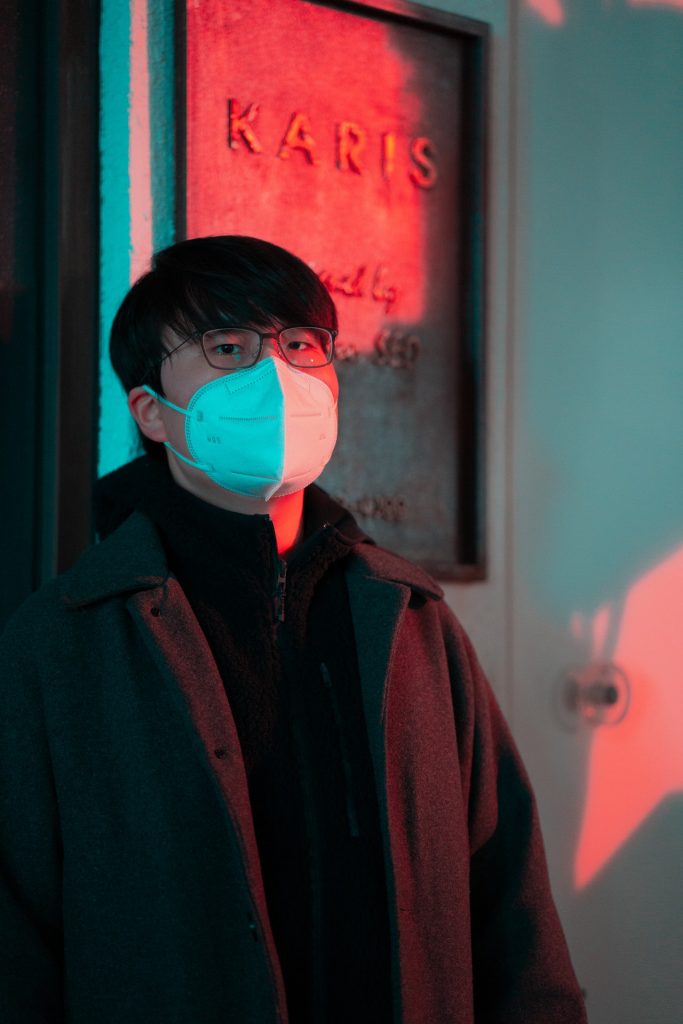 1. People wear mask to prevent spreading disease or avoid catching disease. – It is considered rude not to wear a mask when you are sick while you are in public areas such as trains, restaurants or banks.

2. People wear mask during winter to warm the face. – I can definitely agree to this. Mask keeps my face warm during winter and thus saving my skin from flaking.

3. People wear mask to hide their identity. – In Japan, it is not uncommon that people want their identity to be hidden. If you don't want to be recognized, wear a mask. Most of the time, celebrities are caught hiding their face under a mask.

4. People wear mask to hide imperfection. – Whether they want to hide a crooked teeth or a pimple, wearing mask is definitely their go to.

5. People wear mask for fashion. – Surprising as it is, face mask has evolved from a simple white cloth you use for protection to face mask with cute designs and varieties of colors. A sure fun way to add funk in your outfit.