Valentine's Day in Japan: Different From the Rest of the World 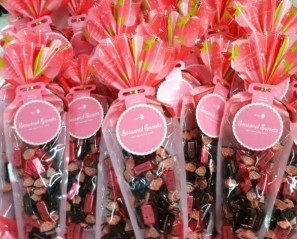 On Valentine's Day in Japan, girls give chocolates to boys

Everyone knows that Valentine’s Day is lovers’ day. But Japanese customs is quite different from Westerners'. First, Japanese Valentine’s Day is the confession of girls to boys. Secondly, presents are (generally) chocolate. Thirdly, there’s also White day – it is about returning Valentine’s Day, so it is done by boys, for girls. Yet the later is still quite unpopular compared with Valentine’s Day in Japan. Actually, just like anywhere else, those events are just influenced by consumerism. But upon looking closer, one realizes that their roots are deeper than they may initially seem to be.

But Japanese people don’t distinguish the concepts of love, Eros and agape (i.e. spiritual love). These three concepts are translated into the same “Ai”. However, Japanese have the concept of “恋” (“Koi”). “Koi” is similar to love but slightly different. “Koi” is kind of “purer”. It is the subtle movement of mind. Similar to platonic love. Japanese mix “Ai” and “Koi” to make another concept: “恋愛” (“Rennai”). “Rennai” is a kind of Romantic love, a game of love and a traditional part of culture in Japan.

Do you know “The Tales of Genji” (“源氏物語”)? It was written in the 11th century by Murasaki Shikibu (紫式部), a court lady of the Emperor’s palace. It is known to be the oldest long novel in the world. It’s a actually a big Romance. Ultimate playboy Hikaru Genji (光源氏) is the main character of this story. He has relationships with a number of ladies … In ancient times, Japan was a maternal society, so a lot of anecdotes related to Romance were written in that time. The conditions for popular men then were their noble roots (Emperor’s family), being passionate, tender, and having good abilities in making “和歌” (“Waka” – short poems) in order to express their emotions and feelings. Thus, in ancient times, Japanese were very good at Romance. As time went by, Samurais had increased their power and Japanese society became ruled by a feudal system and a paternal society. Confucian ideas strictly regulated love affairs. Samurais' interests were mainly to maintain their family. They remained absolutely stoic in all events. Japanese gradually got bad at enjoying Romance.

In the Edo period, people used to attend “遊郭” (“Yukaku”) and started playing with “芸者” (“Geisha”) in order to reduce their frustration from their ordinary life. Playing with Geishas is a kind of fake Romance but Japanese couldn’t help enjoying it even though they knew it. Even Samurais got to enjoy playing with Geishas. Maybe the DNA of ancient times still lived in the Samurai era. And this traditional culture of “恋愛” (“Rennnai”) was partly revived after the Meiji Restoration. Then, the Western culture had influenced Japan in terms of “love”-based thinking. Also, virginity was regarded as precious. After the start of sexual liberation of the end of the 60's coming from the US, women became more active than boys. Naturally, girls grow up faster than boys. Precocious Japanese girls dreamed of getting a good boyfriend, even though they were only still young. And they wanted to have a chance to express their true feelings to the boys they were in love with. Chocolate happened to be adequate tool for sending their messages. Because Chocolate is a reasonable gift, even elementary school students can buy it with their pocket money … and of course it tastes a little bit sweet. “恋愛” (“Rennai”) is also sweet thing, isn’t it? So was Chocolate chosen by Japanese Girls. And the tradition has remained. Chocolate. From girls only.

Will the world ever into maternal society again? The custom of Valentine’s Day might look strange for foreigners, especially for Europeans. But originally Japanese “Rennai” culture has a long history and some sort of format.

Even in the present times, Japanese girls think in a maternal way. So they like all-things romantic, really. On the other hand, Japanese boys sometimes take pride in the fact that they are descendants of Samurais. So they are very loyal to company and ensure that they basically remain stoic in all circumstances. One can consider that as the gap between Japanese women and men. The difference between Japanese men and women definitely lies in their history. The model of popular women and man will be changed or revived again in near future.

Happy Valentine's Day to all lovers in the World! 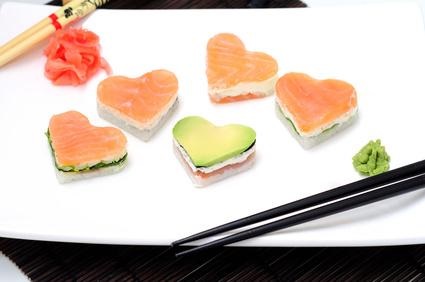