HomeBlogDifferent types of Noodles in Japan

Ramen is the most popular noodle dish in Japan. Though ramen originated in China, Japan made it popular. Offered in 4 different flavors such as Shoyu (soy sauce based), Shio (salt based), Tonkotsu (pork based) and Miso (soybean based) topped with chashu (grilled pork), nori and egg. This simple bowl has made Japan the ramen capital of the world. Ramen was so popular that eventually, more and more type of ramen was created. Some was seasonal like the Sakura pink ramen by Ippudo in 2019 and Tapioca Tsukemen by Menya Musashi Gorindo. The price is so affordable that everyone can afford but did you know that there are more noodle-based dishes in Japan other than ramen?

Next to Ramen, soba is the second most popular noodle dish in Japan. Soba or buckwheat noodles is famous noodle dish especially for older people as it is considered healthier than Ramen. Soba contains Thiamine which helped in preventing beriberi, a disease due to lack of thiamine in the body, during the Edo Period. Soba can be served either hot or cold depending on the season. Yakisoba is also a popular way of cooking the soba noodles. 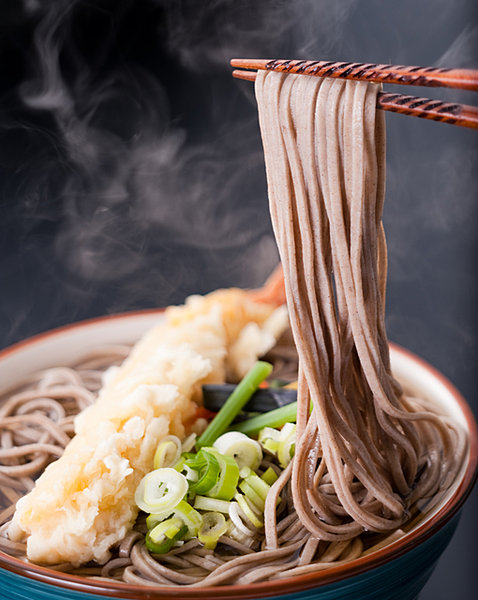 Udon is made from wheat and has much thicker and glossy appearance compared to Soba. Can also be served hot or cold. The topping and broth can vary depending on the region but in general, the sauce is a simple combination of soy sauce, dashi and mirin. You may also try making Yakiudon if you don’t like the sauce version. 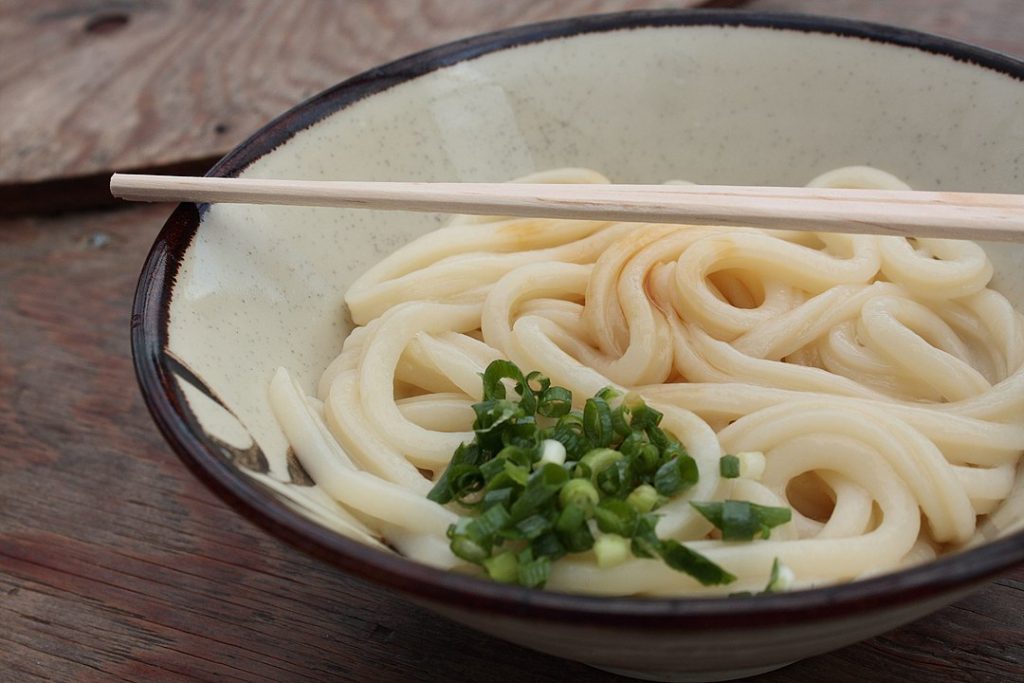 Shirataki noodles are white translucent noodles made from konjac yam. It is very low in calories which is a good for people who wants to cut down in carbohydrates and calories. It is 97% composed of water and 3% glucomannan fiber. This noodle is great for those who are suffering diabetes as the glucomannan fiber helps with slowing down the digestion and can control the release of sugar in the body. It is also gluten free. You can cook this noodle in replacement of any pasta dishes like yakisoba. Instead of the regular soba noodle, use shirataki noodle for additional health benefits. You can also include it as part of your nabe dish. 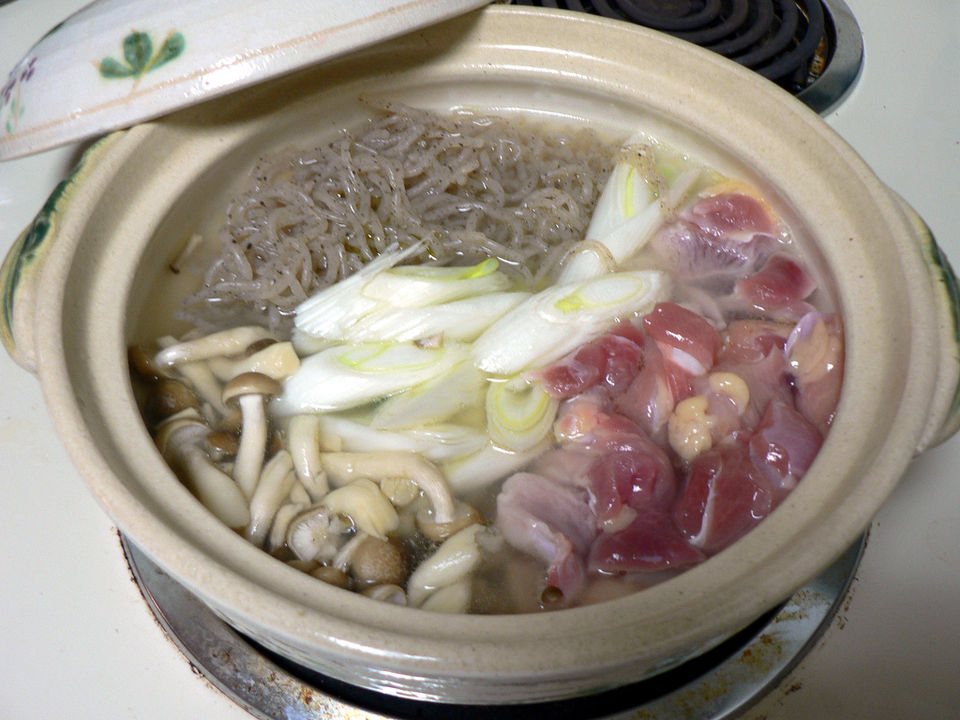 Somen are very thin noodles made of wheat. Usually served cold in Japan. Nagashi-somen is one of the famous ways of eating the somen noodles during summer. Nagashi-somen means flowing noodles. This is where the somen noodles will slide of a bamboo trunk cut in half with cold running water. People will line up beside the bamboo trunk and prepare to catch the “flowing noodles”. Once they catch it, they dip in a soy sauce-based broth. A good level of chopstick skills is required as the ramen flows very fast.

This is a great way to enjoy summer in Japan. If catching noodle is not for you, you can instead enjoy nyuumen noodle (somen noodle served during winter season). 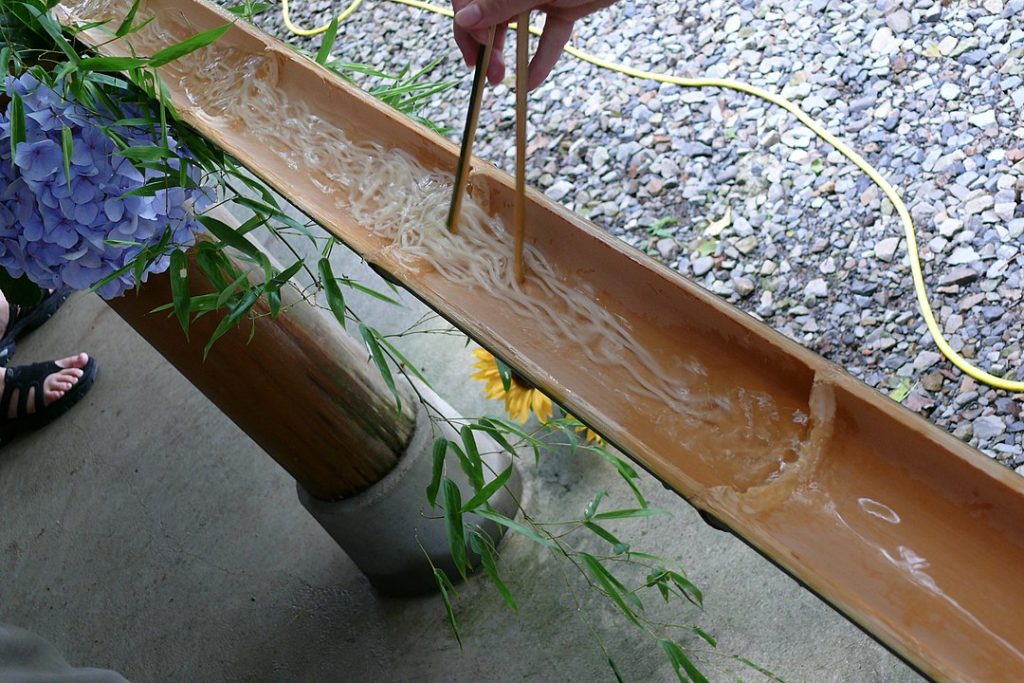 Also known as the Japanese jelly noodles are made from gelatin from tengusa seaweed which originated in China. To make a tokoroten noodle, you need to boil water with vinegar and then add the agar agar powder and cook it for 2 minutes. Once done put in a a jar and refrigerate for 2 hours. Once it hardens, use a traditional tentsuki to press the jelly to become thin cut noodles. 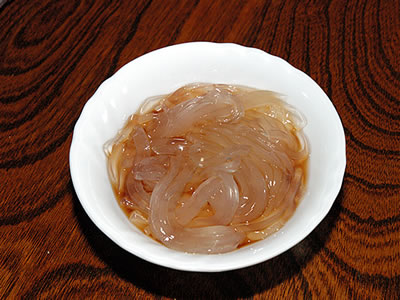 Also called as Cellophane noodles because of its cellophane like texture when cooked. Usually made from different starches such as potato starch, soybean flour and mung bean flour. Harusame noodles are often made into salad. You can buy the noodles in any supermarket, boil it for 2 minutes to achieve the cellophane like consistency. Harusame (春雨) means Spring rain in Japanese. 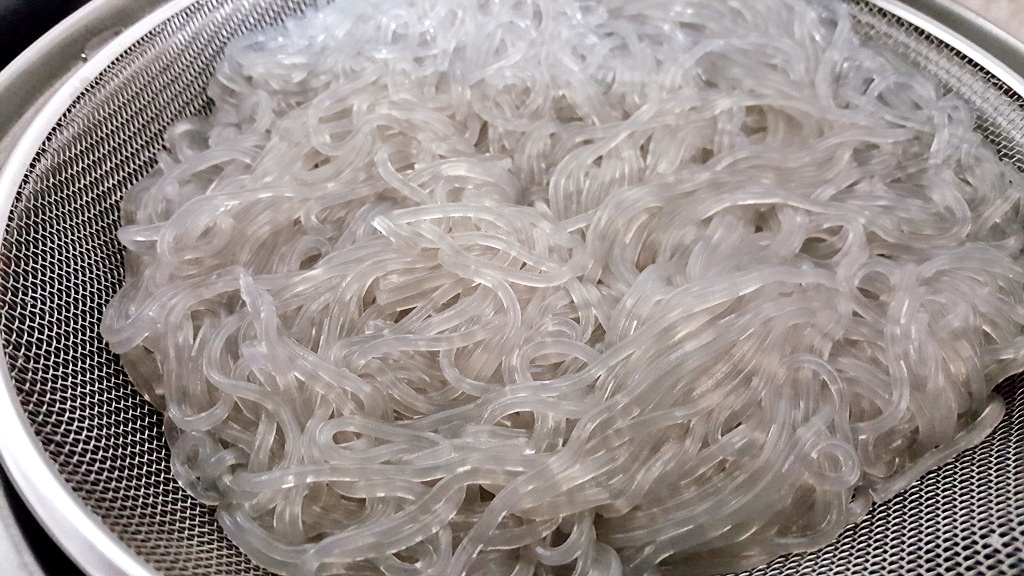 Have you tried these noodles in Japan? Which one did you like? Don't forget these noodles when you visit Japan for unique Japan experience.

Can you Eat with Chopsticks?