Kyoto city is one of the ordinance-designated cities. Its population is almost 1,500,000. Kyoto city locates in the region of Kansai (on the island of Honshu) and next to Osaka.

Kyoto means “Capital City”. It is known as “The City of 10,000 shrines and temples”. As a matter of fact, Kyoto was the capital of Japan for more than 1,000 years. Kyoto city was initially meant to imitate a Chinese big city; Changan and Luoyang – as such, it is laid out as a grid.

Industry and higher education too

Kyoto is not only known for the center of traditional culture, but nowadays as an industrial and university town also.

As an industrial town, the headquarters of world famous companies such as Kyocera, Shimadzu, Nintendo, Wacoal are based in Kyoto city. Kyoto University is comparable to Tokyo University in its accomplishments, and two of Kansai four universities – Doshisha, Ritsumeikan – are also located in this city.

In 2014, “Travel + Leisure” magazine selected Kyoto City as the most attractive city in the world. Geographically, Kyoto is in a basin, so it is said that “summers are very hot, winter very cold”. This is true but it also implies dramatic change in landscapes and diversity of foods.

The Average Temperatures in Kyoto: 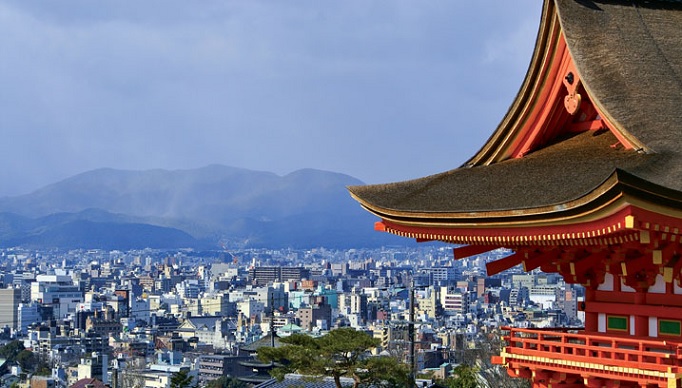